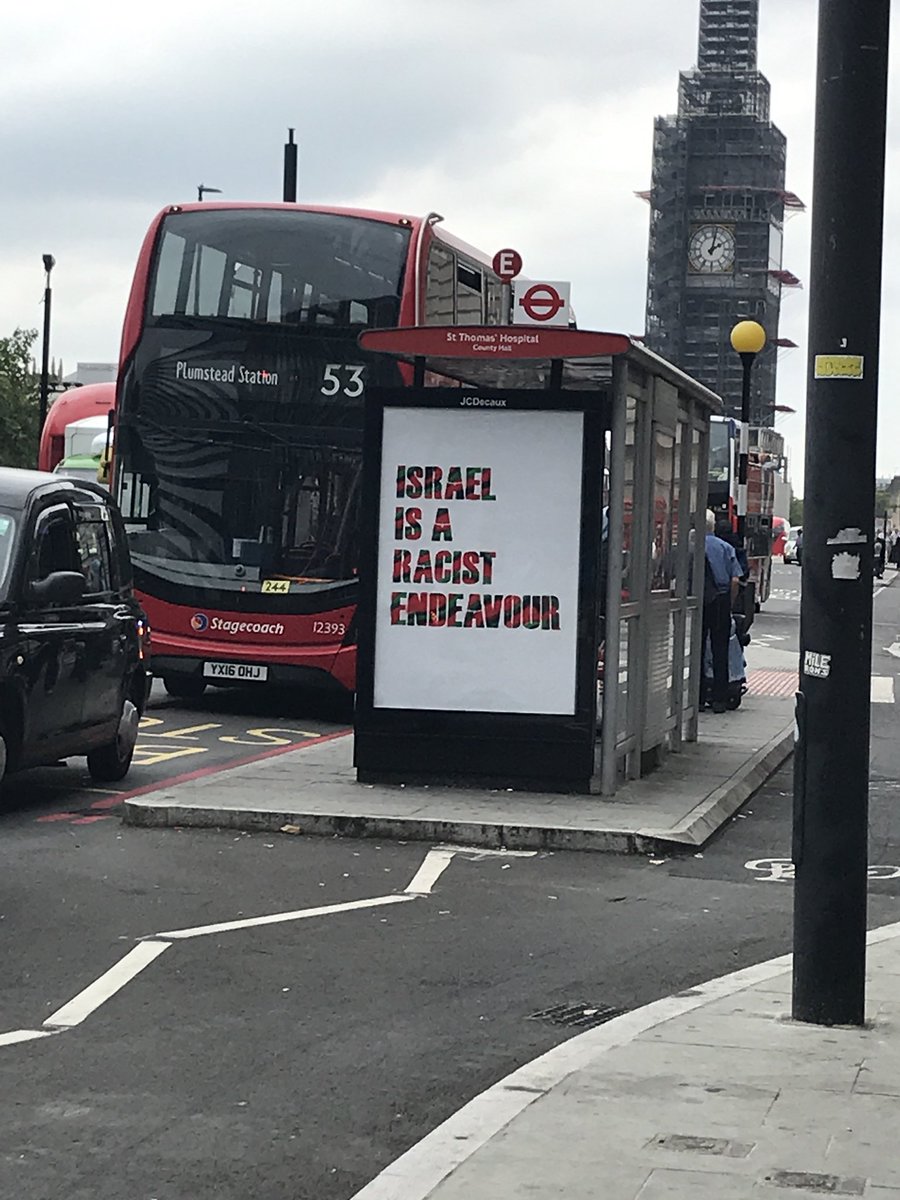 Several signs stating that “Israel is a racist endeavour” were spotted throughout various London bus stops on Wednesday. Here are some pictures of the signs, which appeared in Bloomsbury, Elephant and Castle, Waterloo Bridge and Westminster: Read More: http://jewishjournal.com/online/238435/israel-racist-endeavour-signs-seen-london-bus-stops/

‘We Won’t Be Collateral Victims,’ Jewish Leader Tells French President Macron During Special Service at Paris Synagogue:  French President Emmanuel Macron was warmly greeted by more than one thousand worshippers at the Great Synagogue in Paris on Tuesday night, as he arrived for a special service honoring Rosh Hashanah — the Jewish New Year, which commences on Sunday. The first sitting French president to attend the pre-Rosh Hashanah ceremony, Macron, who wore a black kippah, spent much of the time listening to the concerns of French Jewish leaders about rising antisemitism in the country. Read More: https://www.algemeiner.com/2018/09/05/we-wont-be-collateral-victims-jewish-leader-tells-french-president-macron-during-special-service-at-paris-synagogue/?utm_content=news1&utm_medium=daily_email&utm_campaign=email&utm_source=internal/

Terror in Jerusalem: Cars & Buses Attacked with stones on the Mount of Olives: As we prepare for the Jewish New Year celebrations, Jerusalem Muslims are stepping up their terror in Jerusalem by throwing stones at buses and cars. Unfortunately, this happens all the time, but does not get reported in the news. Read More See Video: https://israelunwired.com/terror-in-jerusalem-cars-buses-attacked-with-stones-on-the-mount-of-olives/