Before the great and terrible day of Hashem comes, I will set portents in the sky and on earth: Blood and fire and pillars of smoke; The sun shall turn into darkness And the moon into blood. But everyone who invokes the name of Hashem shall escape; for there shall be a remnant on Mount Tzion and in Yerushalayim, as Hashem promised. Anyone who invokes Hashem will be among the survivors. Joel 3:3-5 (The Israel Bible™)

After reading the Book of Esther for the holiday of Purim on Wednesday evening, Jews leaving the synagogue will be greeted by the sight of a supermoon overhead, a phenomenon to which some rabbinic experts ascribe great import. A supermoon occurs when the full moon coincides with the perigee — the closest that the Moon comes to the Earth in its elliptic orbit — resulting in a larger-than-usual apparent size of the lunar disk as viewed from Earth. A full moon at perigee appears roughly 14% larger in diameter than at apogee and appears up to 30 percent brighter. Supermoons usually appear 3-4 times each year. The Purim supermoon will be the final in a series of three consecutive full-moon/ supermoons. The next appearance of supermoons will also be a triad, culminating on the night before Rosh Hashanah (the Jewish New Year). Read More: https://www.breakingisraelnews.com/124987/purim-supermoon-countdown-messiah/ 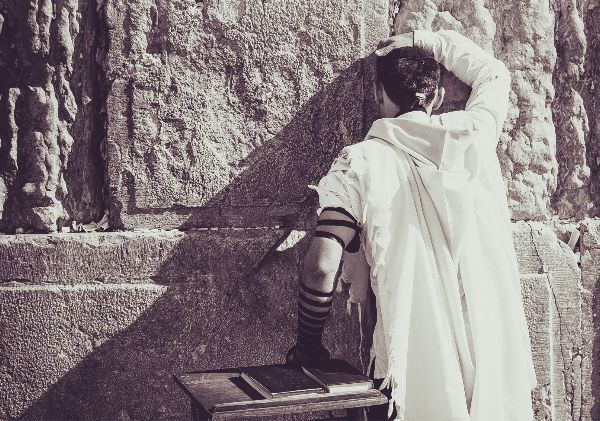 Written instructions were dispatched by couriers to all the king’s provinces to destroy, massacre, and exterminate all the Yehudim, young and old, children and women, on a single day, on the thirteenth day of the twelfth month—that is, the month of Adar
Esther 3:13 (The Israel Bible™)

The Grave Lesson of Purim

Today is the 13th of Adar, the day in which “written instructions were dispatched by couriers to all the king’s provinces to destroy, massacre and exterminate all the Yehudim, young and old, children and women.” Usually, the Torah (Bible) provides a reason as to why an individual, or the nation as a whole, are punished. Megillat Esther (The Book of Esther), however, does not explicitly state what the people did to deserve the threat of annihilation. When viewed in historical context, it becomes clear that the Jews of Shushan, Persia were guilty of not having returned to the Land of Israel when they have the opportunity to do so. After the Persian king Cyrus conquered the Babylonians, he allowed the Children of Israel to return to the Land of Israel and begin reconstruction of the Beit Hamikdash (Holy Temple). However, a mere 42,360 returned to Yerushalayim (Jerusalem) (Ezra 2:64) while close to a million Jews chose to remain in Babylonia. Their generation was therefore punished for its lack of enthusiasm towards returning to Israel, teaching us the importance of making every effort to embrace the land and to physically return to it whenever possible.   https://www.israel365.com/store/the-israel-bible/the-israel-bible-daily-inspirations/?a=2

Israel makes history and does something to save the whole world: Israel has given to the world in many ways. One Israeli contribution is showing the world how to make desert land flourish! Read More: https://israelunwired.com/israel-makes-history-and-does-something/